John Carter of Mars – A Great Movie in Hard Times 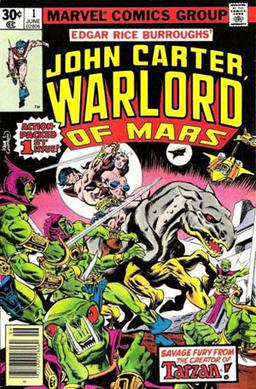 Although John Carter is a great movie,  it seems that high production movie’s must be able to make Avatar like dollars at the box office. John Carter is actually doing well, if you take into account overseas totals. Currently running at $182,571,393, as of today, it is actually running ahead of The Lorax. What is the issue? Like movie’s, such as The Golden Compass, John Carter seems to have a larger global appeal. Unfortunately, in North America, media has declared John Carter one of the biggest flops. It will probably be far from the truth. The movie itself is action packed and has a great story line. For those who read John Carter, before seeing the movie, they will know that it is an excellent series. At issue is North American, in particular U.S, taste. For some reason they are just not flocking to the theatre to see John Carter. With the Hunger Games in release, it’s unfortunate that it may simply get lost in the shuffle. The first trailer, in my opinion, was the best one. I’d urge anyone to take a second look at John Carter. We have to realize that the world does not revolve around the U.S alone.

Super 8 and awesome I hope?